More than two years into the pandemic, COVID-19 has dramatically reshaped our world – our work, education, and even food trends. However, the biggest Hong Kong food trend of 2022 is probably not what the top Hong Kong chefs would have predicted!

Since January this year, a blanket ban on evening dining at restaurants along with a raft of strict social distancing measures, designed to slow the spread of the city’s fifth wave of infections, have hit Hong Kong businesses hard, in particular the food and beverage industry. However, shops selling inexpensive takeaway meals featuring rice with two choices of side dishes have sprung up around Hong Kong, and it is not surprising to see extremely long queues snaking outside these takeaway shops in shopping malls, fresh markets or on the streets.

Channel 823 invited Sam Tang, the founder of Fortunepoonchoi, to share his behind-the-scenes stories of how these now-prolific cheap and cheerful one-box-meal shops operate, and to discuss why this latest food trend has boomed during the pandemic. Let’s find out what he has to say!

Freshly cooked and ready to eat

Just after 12 noon on an ordinary Wednesday, people begin to make a beeline for a takeaway shop in Hin Keng Market, Tai Wai. As soon as we approach the shop, we hear customers ordering their favourite dishes – “Fish-flavoured eggplant!” “Braised pork knuckle with lotus root!” “Braised pork belly with preserved vegetables!” You don’t even have to ask to know that these are the signature dishes of the shop.

Inside the kitchen, a young chef is tossing eggplant slices in a sauce of garlic, ginger and chillies in a heavy wok over a high flame, until the pieces are nicely browned. The freshly cooked dish – fish-flavoured eggplant – is then quickly placed in a large tray, alongside 17 other dishes that are being served today, so that customers are able to view, select and order their favourite dishes through a transparent window.

Business philosophy: bang for the buck!

Currently there are two small branches of Fortunepoonchoi, each occupying a space of less than 300 square feet. Operating as a family business, the shops are open from 10am to 8pm. The environment in the store is hygienic and tidy, and the price of food is affordable for many people – a meal box of rice with two sides is only $34, while two dishes without rice can be bought for $44.

The takeaway shop now offers 18 dishes daily, including dishes that require long hours of stewing, such as braised pork knuckle with lotus root, braised pork with preserved vegetables, and radish with dried bean curd sticks – all of which are pre-cooked in Sam’s own central kitchen and then brought to the shop to be finished and sold.

Sam, who is in his early 40s, began running Cantonese-style poon choi and Western-style restaurants in Yuen Long since 2015. In 2019, when Sam decided to throw his hat in the ring as a purveyor of “rice with two sides”, he said he chose to operate from Hin Keng and Mei Lam markets because “we want the elderly to have a place nearby where they can buy freshly cooked dishes”.

A focus on fresh ingredients, with less sugar, salt and oil

“We are committed to preserving the original flavour of our ingredients,” says Sam. In order to cater to the tastes of the shop’s elderly customers, and the health of all its customers, the chef uses fresh and seasonal ingredients (and less sugar, salt, oil and MSG) in the dishes, which are mainly steamed, braised or lightly stir-fried to preserve their home-style taste. “In addition to a few regular signature dishes, we change the menu every day so that customers have a wider variety of options to choose from.”

Sam’s two Fortunepoonchoi shops have been in operation for more than two years, with each branch selling an average of 200 boxes per day, even reaching 300 boxes during peak periods. Sam says that in the first three days after the government banned dine-in services, turnover increased by about 10%, before slowing down again. “During the epidemic, many F&B establishments such as restaurants, cha chaan tengs and street food stalls have transformed to ‘rice with two sides’ takeaway shops, resulting in more intense competition.”

Sam points out that half of the customers of Fortunepoonchoi are elderly people. Understanding that they may not have a stable income, he offers a special price of $26 per box for the elderly. At the same time, there are also discounts for students and free soft drinks. Sam hopes to bring the simple and healthy taste of home-cooked meals to the community, and at the same time unite the neighbourhood by bringing people together through food.

Helping those in need and the environment

Sam not only offers discounts to the elderly and students, but he has also joined hands with non-profit organisations to distribute lunch boxes to households living in sub-divided units and to elderly people living alone in Kowloon over the past two years. “The pandemic has caused many people to lose their jobs. If I have the ability to offer a hand, then I want to help as much as I can. The most important thing is to make sure the elderly are happy and healthy.”

Apart from helping the needy, Sam also supports environmental protection. He encourages people to bring their own containers by offering a $2 discount. “Bringing your own lunch box is undoubtedly the most environmentally friendly option, but I hope customers take the time to clean them thoroughly first, as unclean containers can cause health and hygiene problems.” At the same time, Sam has replaced styrofoam boxes with microwaveable plastic boxes (commonly called polypropylene or PP) which can be washed and recycled.

Good food for those who don’t cook

Sam believes that two-side-dish meals are not a “poor man's gift” for the working class, but rather a fast, simple, familiar and filling product for people who live in a fast-paced environment. “Many elderly people living alone, small families, housewives who do not want to cook and white-collar workers like to buy ‘rice-with-two-sides’ meals. Are they poor? I don't think so. Two-side-dish meals are more like grab-and-go meals – sometimes you want to save time and effort and just buy one or two dishes to spice up your dinner instead of having only one dish to eat. It also fills the gap for many people who can't cook at home but want to enjoy a home-cooked meal.”

Sam says that customers can choose the dishes they want to eat at an affordable price through the transparent window, based on their appearance and aroma, and then go home and share them with their families, and that this is something other restaurants cannot offer.

A “Temple” to Bring Lady Luck for Chinese New Year

Anna in Flowerland: Sail on the Flowers with Valentines

Your subscription has been confirmed. You've been added to our list and will hear from us soon.

Your subscription try to confirmed. You've been added to our list and will hear from us soon.

By subscribing, you agree to receive marketing materials as set out in the Personal Information Collection Statement .

This Statement is made by Link Asset Management Limited ("Link Asset Management") as manager of Link REIT and Link Properties Limited (collectively "Link", “we”, "our" or "us"), in accordance with the Personal Data (Privacy) Ordinance (Cap. 486) of the Laws of Hong Kong Special Administrative Region ('the PDPO'). This Statement intends to notify you why your personal data is collected, how it will be used, to whom the personal data will be transferred and to whom data access requests are to be addressed.

Collection - Why We Collect Your Data

Provision of personal data (i.e. email address or similar personal data) to us is obligatory should you subscribe to “Channel 823” or any contents thereto.

If you are under the age of 18, you must ask your parent or guardian before providing any personal data to us.

Use - How Your Data May Be Used

The personal data you registered for subscribing to "Channel 823" (whether through our websites or through social media platforms) will be used for:

Use of Personal Data in Direct Marketing

We would like to use your email address or social media messengers for sending you "Channel 823" information or part thereof from time to time by way of direct marketing.

If you object to our use of your personal data for the relevant purposes as listed above, you can, at any time without charge, inform us via the “unsubscribe” function available in the emails or social media messengers of “Channel 823” updates or send an email to channel823@e.linkreit.com.

Transfer of Your Personal Data

Personal data held by us will be kept confidential, but we may disclose/transfer such data to the following parties (whether within or outside the Hong Kong Special Administrative Region) for the purposes set out in this Statement:

We strive at all times to ensure that your personal data will be protected against unauthorized or accidental access, processing, erasure or other use. We have implemented appropriate physical, electronic and managerial measures to safeguard and secure your personal data.

We will keep your personal data for a reasonable time to fulfill the purpose for which the data was collected or comply with the relevant rules, regulations and laws of Hong Kong. Personal data which is no longer required will be destroyed.

Under the PDPO. any individual has the right to request access to and correction of his or her personal data held by us. In accordance with the terms of the PDPO, Link Asset Management or Link Properties Limited has the right to charge a reasonable fee for the processing of request.

If you wish to access or correct your personal data in relations to "Channel 823" subscription held by us, please send your request to: channel823@e.linkreit.com.

Please read the below terms if you provide your personal data for the use of our services in Mainland China.

Other rights
Other than the rights to request access and correction, in accordance with the Personal Information Protection Law of the People’s Republic of China, you will also have the rights to copy, supplement and deletion of your personal data held by us.

In case of discrepancies between the English and Chinese versions of this Statement, the English version shall apply and prevail.

NOTE: This Personal Information Collection Statement is subject to change and was last updated in July 2022. 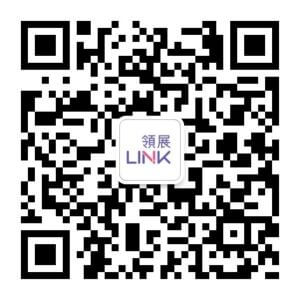