This Christmas, Choi Yuen Plaza and Tai Wo Plaza welcome parents and children to learn with fun and explore the world of STEAM. 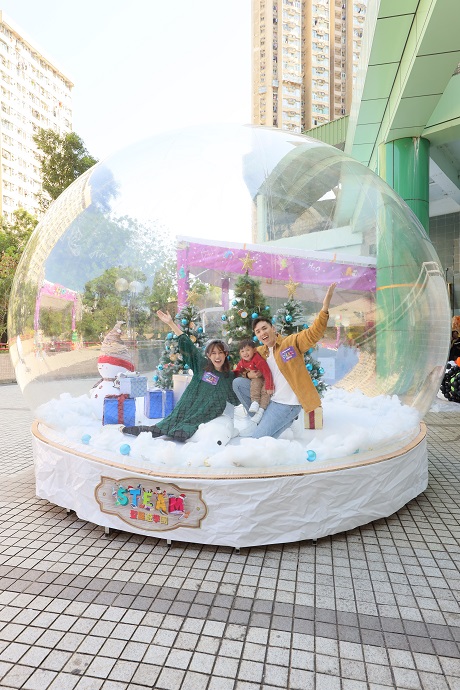 A 3.5-metre gigantic crystal ball in Tai Wo Plaza, a dreamy spectacle that will instil joy and fun into your family and friends 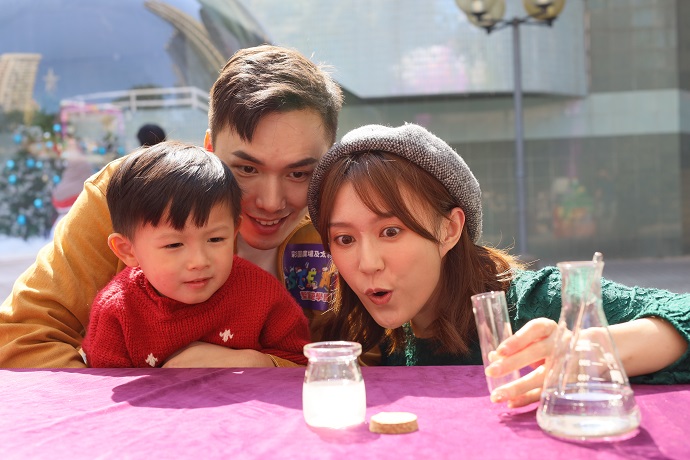 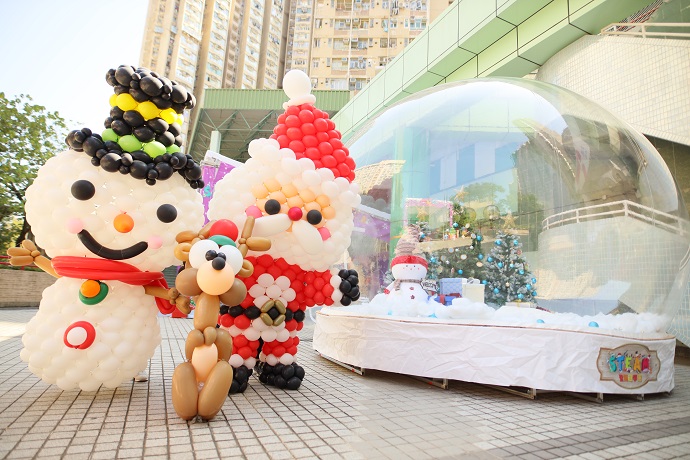 At this holiday season, Choi Yuen Plaza and Tai Wo Plaza host the seasonal ‘STEAM Christmas Tour’ from now on till 29 December, encouraging parents and children to learn Science, Technology, Engineering, Art and Mathematics out of the classroom with fun in the community, holistically unleashing their potentials. The malls also co-present a series of Christmas-themed STEAM installations and workshops, with a view to incorporating STEAM knowledge into the daily life of children.

The ‘STEAM Christmas Tour’ has the following spots corresponding to each subject area of STEAM. ‘Vanishing Winter’ is a scientific game trying to help children understand the correlation between the change of colour and temperature by playing with slime. ‘Polar Express’, on the other hand, taps into the impact of technology and speeds have on visual images in the form of air hockey. Meanwhile, ‘Christmas Getaway’ illustrates the engineering principle of leverage that drives a delivery belt. On the front of arts, ‘Christmas Fantasy’ inspires kids’ creativity and artistic expression by allowing them to draw on cardboards which would fold into a unique three dimensional Santa Claus figure. Finally, children can sharpen their mathematical skills at the ‘Christmas Brain Teaser’ by doing arithmetic. All sessions are instructed by STEAM tutors, where children can explore the world of STEAM with their parents through different challenges. Children who have completed all challenges in the tour can receive a ‘Junior Scientist Certificate’ from Choi Yuen Plaza and Tai Wo Plaza.

Meanwhile, there will be a 3.5-metre gigantic crystal ball in Tai Wo Plaza, a dreamy spectacle that will instil joy and fun into your family and friends at this festive celebration. On 21st December at Choi Yuen Plaza and 28th December at Tai Wo Plaza respectively, champion of World Balloon Convention Mr Wilson Pang will take the festive spirit into full swing with his skills by presenting giant and colourful balloon art at the ‘STEAM Christmas Tour’ parade whereas local illustration artist MABO Showtime will create exclusive portrait sketches for shoppers.

In addition, two festive workshops, namely, ‘Christmas Weather Bottle Workshop’ and ‘Embossed Christmas Card Workshop’ will be set up alongside festive installations at Choi Yuen Plaza and Tai Wo Plaza.

Terms and conditions apply. The programme is subject to change without prior notice.

For more details about the event, please visit Linkhk.com.